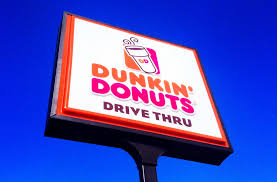 Imagine your 68-year-old grandmother tells you that she is changing her name. It’s the only name you have ever called her and come January, she wants you and everyone else who knows her to call her by a different name. Her family and friends are shocked… her name has always been the same. In just a few months, the same event will take place with one of America’s favorite chains: Dunkin’ Donuts. In just three months, Dunkin’ Donuts, the 68-year-old doughnut franchise, is shortening its name to Dunkin’.

Although the name “Dunkin’ Donuts” carries a lot of history with the company, they are hoping that the change in name emphasizes the availability coffee and other drinks, which make up 60% of their sales alone. By January, the new logo will start appearing on napkins, signs, and doughnut boxes to change their public image.

“In recent years as Americans’ and indeed the world’s appetite for coffee and coffee-type beverages has grown, we’ve put even more focus on being a beverage-led business,” said Tony Weisman, Dunkin’ Donuts’ US CMO.

The company has been using the tagline “America Runs on Dunkin'” since 2006, so this official name change has been a long time coming – the customers were just not ready for the change. Bella Banfe (’21), a Cherry Hill East sophomore, said, “It’s like changing Starbucks to Star or McDonald’s to Micky’s. It just doesn’t work. Dunkin Donuts is an institution.”

However, some students feel differently. Sam Resnick (’20), said, ”Honestly, the name doesn’t matter to me. As long as they make those delicious doughnuts, I’m a happy customer.”

Creating new beverages is an opportunity for growth in Dunkin’s future. A shorter name matches the simplicity that Dunkin’ Donuts is working towards as they started to cut down its menu by 10 percent this year.

Even though some continue to make a fuss about the change, others feel that there is truly nothing to worry about. Maryanna Suita (’22) said, ”It is not such a big difference so I am fine with it. Dunkin’ is still in the name.”

Dunkin’ Donuts was established in 1950 and has had its name for nearly seven decades. Whether or not you agree with the change of name, Dunkin’ Donuts will still remain the same- only a change in name.