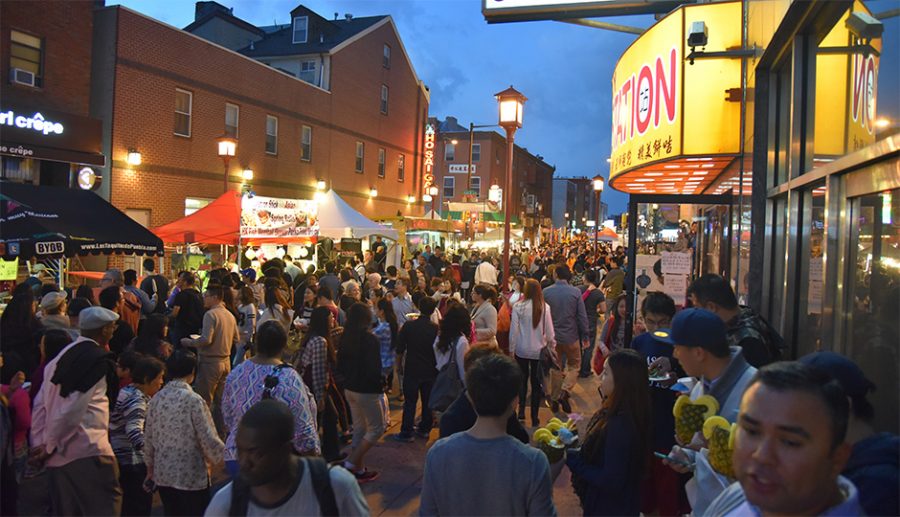 The YeShi Chinatown Night Market is approaching quickly. This one-night event, which will run from 7-11 p.m. in Philadelphia on 10th Street and Race Street on October 10 will provide food, entertainment, and music for the 20,000 plus people who attend each year.

The Philadelphia Chinatown Development Corporation has hosted the festival since 2011, when it first started with a number of small businesses and evolved into the big celebration it is known for.

“You can really feel the life of the festival when all the people are there, and see the different foods and arts that contribute to the Chinatown and Philadelphia scene,” says Fang Liu, a previous attendee of the event. Liu frequently visits restaurants and shops that participate in the YeShi Chinatown Night Market and believes that they “showcase Chinatown’s best foods and groceries and provide a great opportunity for independent and local businesses.”

Many vendors take this opportunity to share their vibrant culture to people outside of Philly. More than fifty vendors take part in this food festival every year, and it helps support independent businesses in the community. With the thousands of people attending, this event is one of Philadelphia’s largest festivals and an important part of Philadelphia’s economy, as a grand total of half-a-million dollars is spent at the end of the festival.

The YeShi Chinatown Night Market offers local cuisine that puts the diversity of Philly’s restaurants on full display through food trucks and restaurant stands. These businesses sell dishes that range from creamy bubble tea to spicy tacos. Think of any dish, and multitudes of options pop up. Looking for dumplings? “DumpnRoll” has got you covered. Finish it off with Korean barbecue tacos? The Slurp Philly Food Truck will serve you some.

“The aroma of the festival is overwhelming, and the outside food market really brings the authentic feel of a bustling market,” says Liu.

The event also provides local music and live entertainment. In past years, local music groups and DJs such as EnJay and Jason Mento have performed and shared their music with thousands of attendees. As throngs of people stream in and out of different food and craft stands, fire shows with elaborate tricks and Chinese dragon performances proceed in the streets. These live entertainments display the traditions of different ethnicities and give a glimpse into the diverse cultures of the Philadelphia population.

Overall, the YeShi Chinatown Night Market is a culturally rich and entertaining festival that showcases the delicacies and entertainment that Philly has to offer. If the event cannot be held on October 10, the rain date is scheduled for Thursday, October 17.