Walk to fight suicide will occur this Sunday 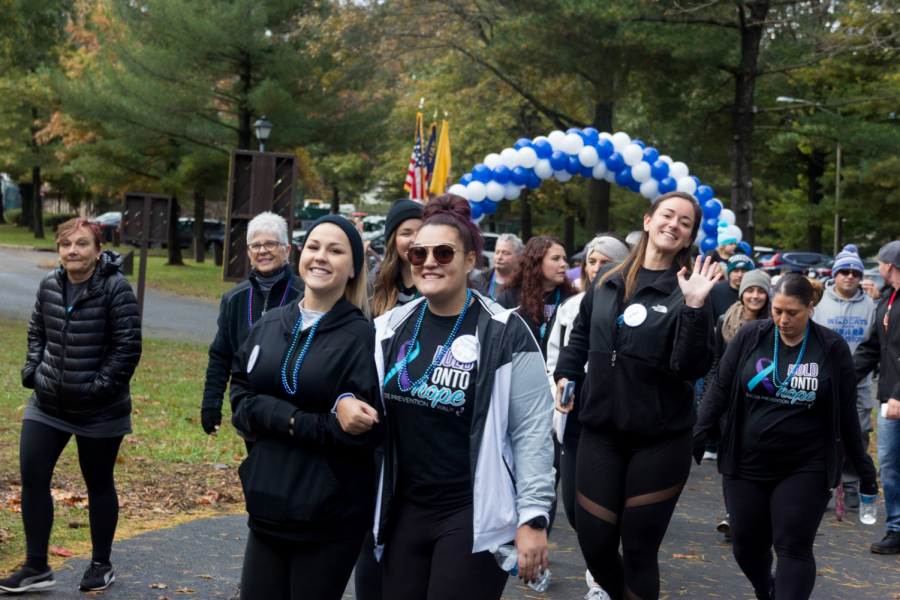 Many people participate in the Camden County Out of the Darkness Walk, to help support suicide.

The annual Camden County Out of the Darkness Walk to Fight Suicide, hosted by the American Foundation for Suicide Prevention (AFSP), will take place on Saturday, October 12.  This walk occurs in order to raise awareness and funds towards suicide.

Participants will come together at the Vista Deck at Cooper River Park, in Pennsauken, at 11:15 am.  At this event, one can educate themselves and create a community for those who have been influenced by suicide.

The first walk occurred nine years ago on August 8, 2010, at the Cooper River Park after founder Stacey Collins lost her fifteen-year-old son to suicide. Collins joined the AFSP in order to surround herself with others that had gone through similar situations.

After a few years in the AFSP, Collins took the initiative to create an event that could help prevent and protect other families from experiencing the same heartbreaking effects of suicide, as she did.

The walk served as a way to celebrate the birthday of her son, which was in August, and allowed his death to help others. The family-friendly walk was then able to create an environment where people could freely express themselves and educate themselves about suicide.

Although the upcoming walk was said to have six-hundred participants, the first only had twenty to thirty walkers. Throughout the years, the Out of the Darkness Walk has become increasingly popular, and, as a result, has been able to influence some of the stigmas around suicide.

“Suicide is still very taboo” and is “looked at as shame,” says Collins.

However, with increasing participation, and more diverse walkers, Collins believes that word about suicide is being more effectively spread than in the past. The all-time record of participants occurred in 2017.

The main goal of the walk is to raise money, in order to invest in new research, make new educational programs, advocate for public policy changes and give survivors of suicide loss a platform to tell their stories. Since the start of the walks, the AFSP has been able to go to Washington, D.C., and present a petition that mental illnesses and anything involving suicide should be covered by all insurances.

One goal of co-chair, Vencenia Righter, is to get suicide education into elementary programs. After losing her daughter at the age of eight years old, Righter believes that everyone needs to be taught, even adolescents, because, “ mental illness is real…it’s not a joke”.

While there are many forms of spreading awareness on suicide, both Righter and Collins believe that the Out of the Darkness Walk has the power to deeply affect others, as it impacted their lives positively.

Additionally, Collins has a goal of opening a family healing and retreat center because, “sometimes people don’t want help unless they can get it from someone that looks like them, sound like them or has been where they’ve been”.

While suicide isn’t a commonly talked about topic, there are more outlets, such as the Camden County walk, that allows new youth to be able to ask for help and express their feelings.

Collins, Righter and some others are using their experiences for the betterment of others’ lives.  They both have a common goal of wanting to make a positive impact on the world.

Collins holds the sentiment that “If [she] can just help at least one person,” then she has truly done a remarkable thing.