Screenings under the stars at Penn’s Landing 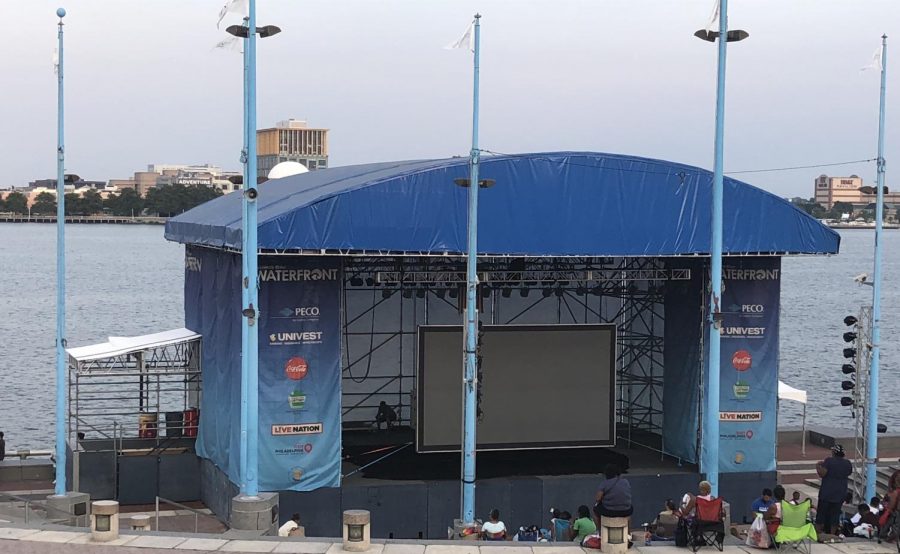 Families settle in to watch one of the Thursday night outdoor movies at Penn's Landing. Photo by Shir Goldfinger ('19).

Throughout the summer, Thursday nights in Penn’s Landing mean a spectacular movie night filled with delicious food and activities in The City of Brotherly Love. Every Thursday starting on July 5 and ending on August 30, the Great Plaza at Penn’s Landing displays a film in an outdoor theater for “Screenings Under the Stars.”

The event, located at 101 Columbus Boulevard in Philadelphia, allows families and friends to watch movies right in front of the Delaware River and the scenic Ben Franklin Bridge. Admission is free for all who come, and guests are encouraged to bring blankets, chairs, and snacks. This summer’s showings included Justice League, A Wrinkle in Time, and Star Wars: The Last Jedi, as well as many other fantastic family-friendly screenings.

In addition to the screenings, several activities for children are held before the movie, often coordinated to match each movie’s theme, so families are encouraged to get to Penn’s Landing early. While at Penn’s Landing, be sure to also check out the signature restaurants, carnival games, and the iconic Penn’s Landing ferris wheel, all present right along the Delaware River.

All screenings start around sunset (usually around 8:30 pm during the early summer and 8 pm closer to the end of August) and are family friendly. Next week’s showing is Coco, and the following week’s screening is Despicable Me 3. Be sure to come to the next screenings for an amazing movie night under the stars.