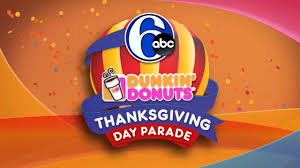 The Thanksgiving Day Parade is a fun tradition that takes place in Philadelphia.

While most of the students at Cherry Hill High School East woke up late on Thursday morning enjoying their long and relaxing Thanksgiving break, anxious to devour the glorious upcoming Thanksgiving day meal, another joyful event is occurring in our Philadelphia community.

People attending this parade will see a long list of popular celebrities, including Miss America 2019 Nia Franklin, and American Idol stars such as Justin Guarini, Michael Woodward, and Katie Turner, along with the long awaited arrival of one more special guest, Mr. and Mrs. Santa Clause.

Thanksgiving day parade executive producer, John Best, describes the importance of the parade to people in the area.

“Its an incredible local tradition, here in Philadelphia. We are gearing up for the big 100th anniversary next year, which makes it the longest running Thanksgiving parade in the country…we are thrilled to bring the parade to everyone in Philadelphia because it is such a great tradition,” said Best.

The staff of the parade, which includes Best, work around the clock to ensure that the parade runs smoothly and on schedule.

This notion and idea of tradition is a key idea of the parade, which Best touches upon, in addition to the idea of family fun and community bonding.

To many, this parade is simply a wide array of balloon floats and marching bands from all around the area. However, for those of the Philadelphia area, this event marks a nearly-century-old tradition of fun and enjoyment on the historic streets of Philadelphia.

“People love to come out and see the celebrities there… Thanksgiving is a holiday for families and tradition, and the parade is a big part of that” Best said.